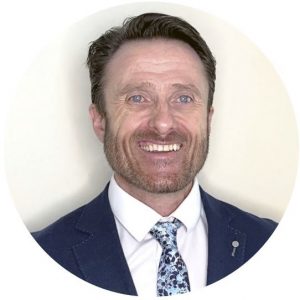 By David Coughlin, CEO National Residential.
We pride ourselves with our “any problem we can fix” formula.

David is a Cambridge postgraduate landlord who owns a 100-property portfolio. He is one of the private rental market’s more extraordinary journeys and has been featured in several Landlord organisations including Landlordzone’s spotlight feature on experts in the industry.

In these current times, there are a few challenges landlords may face when trying to sell their properties. Trying to sell a property while dealing with difficult tenants can be top of the list, but it doesn’t have to be.

It’s time to bring in the professionals to take those worries off your hands.

END_OF_DOCUMENT_TOKEN_TO_BE_REPLACED

If you’re a landlord, and you haven’t yet heard of us here at National Residential, there’s a good chance you’ll want to. Established in 2006, we pride ourselves with our “any problem we can fix” formula, led by myself, founder and industry expert, David Coughlin.

Being a private landlord myself, with 100 properties in my portfolio, I first-hand understand the issues and challenges facing landlords today. It’s about overcoming solutions fast, but also in a way that means both the landlord and the tenant are happy. With National Residential, we’ve found the sweet spot when it comes to helping landlords sell, so we’ve become experts in taking away the stress. We know how to solve every barrier that landlords come up against, even for example when they can’t gain access to their own properties.

How do I get the best price for my buy-to-let?

This is where I and my team at National Residential go above and beyond to get you the highest price for your buy-to-let, no matter what challenges you need to overcome. Be that negotiating with your tenants, sorting out repairs, and even helping tenants relocate, we have the best team to do it all and have the track record to prove it.

The result? We deliver you the best price possible, fast, no problems.
END_OF_DOCUMENT_TOKEN_TO_BE_REPLACED

HMRC has recently changed its guidance for stamp duty and multiple dwellings relief claims. How have the changes impacted you and are you entitled to a stamp duty refund?

Last month, HMRC changed its guidance surrounding the 3% stamp duty surcharge on second homes or property investments in the Stamp Duty Land Tax (SDLT) Manual. The changes state that the 3% surcharge will not apply if an investor purchases a non-residential property or a mixed-use property. These transactions will instead be taxed at the non-residential rates of stamp duty.

Also, when a buyer purchases more than one property in the same transaction or within a linked transaction, multiple dwellings relief is available. This can significantly reduce the stamp duty bill. However, when this relief is claimed on a mixed-use property, this is when things become complicated.

END_OF_DOCUMENT_TOKEN_TO_BE_REPLACED

Landlords face many problems, most relate to property and/or tenants however ongoing economic and legislative changes have added a lot more things for landlords to worry about. Shrinking returns, increased costs, more rules, more penalties and the prospect of fewer options to end tenancies have resulted in more and more landlords selling some or all of their rental properties.

New Rightmove research indicates 24% of landlords are planning to sell at least one property from their current portfolio, 13% will be selling more than one and 11% report they wish to sell their entire portfolio. This is despite rents being at record levels having increased by 2% in the last year.

We take a look at some of the common problems forcing landlords to sell and how we can help landlords wanting to sell up because of them. 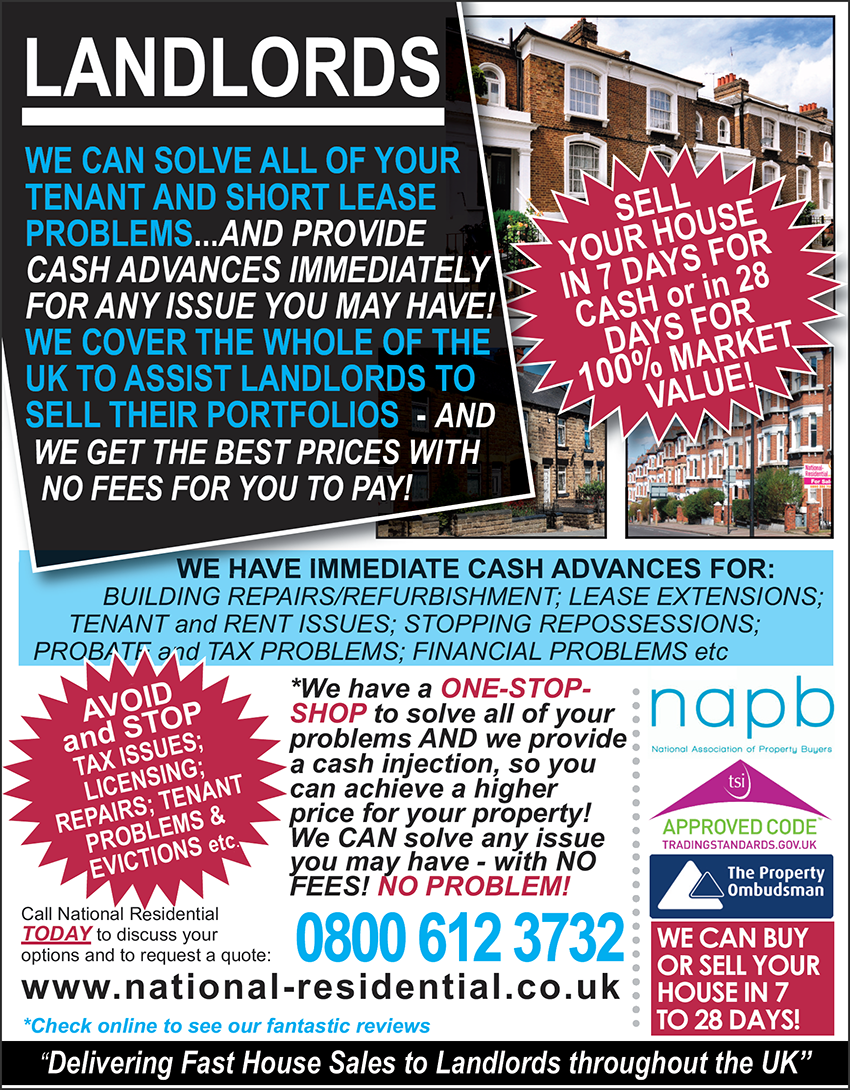 END_OF_DOCUMENT_TOKEN_TO_BE_REPLACED

What Will Happen To House Prices After Brexit?

A lot of people have speculated about what will happen to house prices after Brexit. The uncertainty has had a dire affect on the housing market with fewer buyers, fewer sellers and sales taking longer to complete. Despite the smaller volumes of trade and slowed growth rate, house prices have largely remained the same with only Scotland showing a small fall in house prices in the months immediately running up to the first withdrawl deadline in March 1, 2 so why is the market so affected by the uncertainty over Brexit?

Stark Warnings About House Prices After Brexit Have Excited Buyers

There have been stark warnings from the Bank of England’s governor Mark Carney that house prices could fall by up to 30% from their pre Brexit level if there is no deal. He also said that is his job to plan for the worst case scenario suggesting that the pessimism is based on possibility rather than probability. While most industry experts do predict some sort of drop in price following a no deal Brexit, although there are also those who predict no change and those who predict slight increases 3.

Gauged by the reduced activity in the housing market it seems as though a significant number of buyers are delaying their plans to buy property until after Brexit due to the fear of negative equity if the property values drop significantly.

The buyers most tempted by the prospect of a drop in property costs are those who are not also selling during the same period – i.e. first time buyers, second home owners and buy to let landlords. They represent a significant percentage of the housing market buyers.

Will House Prices Drop After Brexit?

The simple answer is that nobody can know until a plan has been agreed and even then the extent of any affect on house prices after Brexit will also depend on a range of other economic factors including Secton 24, aka The Landlord’s Tax.

The following information gathers together some relevant factors and attempts a logical understanding of the situation. It is NOT intended as any sort of advice.

END_OF_DOCUMENT_TOKEN_TO_BE_REPLACED

Section 24 Means Buy To Let Landlords Can No Longer Offset 100% of Mortgage Interest Against Rental Income.

Section 24 is a HMRC taxation change affecting what costs can be deducted from rental income to calculate ‘Net Profit’ – i.e. the figure counted as income and the figure that you will pay taxed against.

As tax relief drops and tax bills rise, in some cases* the annual sum of mortgage repayments and taxes will be more than rental income minus costs. Some landlords will need to sell at least part of their portfolio to avoid making SIGNIFICANT annual losses.

Chris Cooper of Axe The Tenant Tax said,
“A perfect storm is brewing in the rental market, landlords will either have to raise rents or sell because of the tax rises. Landlords are sleepwalking into disaster”.

According to Landlord Referencing UK, circa. 1.4 million landlords are unaware of the drastic effect it is going to have on their rental income and their tenancies over the next 4 years while RightMove research indicates 24% of landlords are already planning to sell at least one or more properties from their current portfolio in response to the new regulations and tax changes.

* See below for examples.

END_OF_DOCUMENT_TOKEN_TO_BE_REPLACED

NB. All figures are intended as a guide only. The calculations have not been confirmed by the HMRC however they are based on the formula given on the HRMC guidance – please see HMRC Case Studies re Section 24 Tax Changes

Anyone considering selling their property based on these figures should seek confirmation from their accountants. National Residential cannot be held accountable for any inaccuracies in the information given.

All case studies are based on before 2017 (i.e. before the tax changes come in force) or after 2021 (i.e. after the gradual changes have been phased in).

As summarised on Section 24 – HMRC UK Tax Changes, the biggest affect to tax bills will be to people whose income is taken into the higher tax brackets however people whose tax remains the same could find that they lose some benefits as the amount classed as income will change. 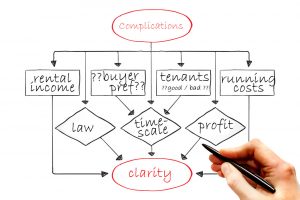 As we previously documented in Complications & Problems Selling Rental Property,  there are A LOT of decisions to be made and a lot of laws to be considered when landlords decide they want or need to sell their rental property and a lot of it depends on factors that are usually unknown at the start of the process – such as, whether the buyer you haven’t met yet is looking for a private residence or a rental property and whether they would prefer a sale with sitting tenants or vacant possession.

If landlords selling tenanted property choose to leave tenants in situ during the sale it could cause problems showing the property but if they vacate the property too soon, it could cost them thousands in lost rent.

The best option, of course, is to leave sitting tenants in situ as long as possible but not so long that it causes problems. Timing, speed and legal advice are all crucial to getting the best results for landlords selling tenanted property.

END_OF_DOCUMENT_TOKEN_TO_BE_REPLACED

Selling a rental property with tenants in situ can be difficult in any circumstance because it can add cost (sometimes in the form of losses), risk and complication throughout the process to both the buyer and the seller.

For home owners selling property while tenants are in situ, the potential for problems range from showing interested parties around the property without infringing a helpful tenant’s legal right to ‘quiet enjoyment of the property’; to trying to arrange access to the property with ‘unhelpful‘ tenants; to ‘bad’ tenants putting buyers off through sabotage, unkempt surroundings and resentment; to collapsed sales through problems with mortgage conditions; to the compliance of any tenant to fulfil any state of occupancy at completion agreed between the buyer and seller.

In other words, some buyers might want the tenants to stay while other buyers want them to leave. They can refuse to do either. It’s a risky business. 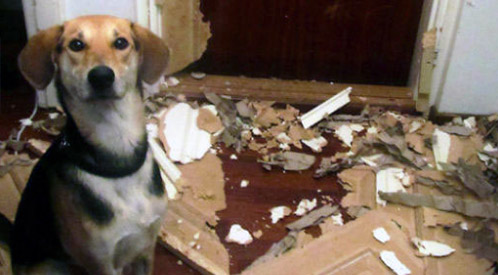 Added to all that, with the legal implication tenancy types have on eviction options and thereby sales options it’s easy to understand why more sales can fall through selling a property with a sitting tenant and why property with tenants in situ can be difficult to sell.

END_OF_DOCUMENT_TOKEN_TO_BE_REPLACED

We Can Help You

How to sell your property quickly
for the best possible price.
Data Protection Act
Registered Controller
No. ZA081795

Just A Few of The Places We Advertise

A Company You Can Trust